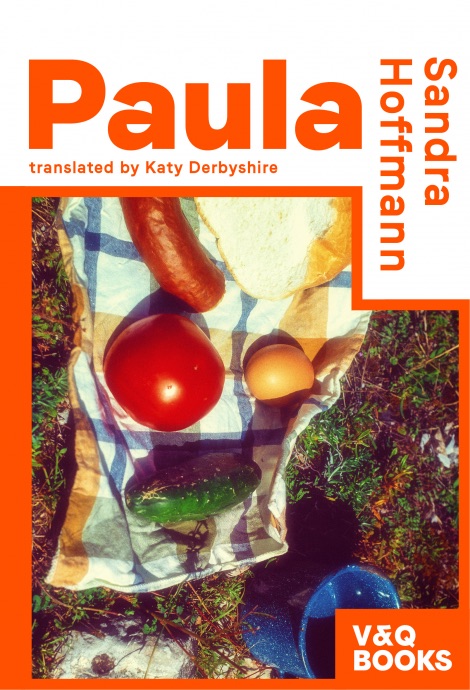 Sandra Hoffmann’s »Paula« is a moving piece of autofiction about the writer’s relationship to her grandmother, a devout Swabian Catholic who refused to reveal who fathered her child in 1946. Growing up in a family where silence reigns, Hoffmann asks: What kind of person, what kind of writer, does this environment produce?

“‘What makes a person?’ asks the narrator of Paula, as she sets out on a quest for the woman behind her elusive late grandmother. A memoir written not to reminisce, but to smash the silence that sneaks up on all families ‘like a virus’: this is autofiction at its most meaningful, tapping into her child’s spry imagination to fill in the gaps of wizened adult memory. There is so much clear-headed and effortless wisdom in Paula, and we have Katy Derbyshire to thank for an English text that reads just as clearly and effortlessly.”

Winner of the Hans Fallada Prize 2018

"Sandra Hoffmann is one of Germany’s most exciting contemporary writers. [...] An incredibly dense, finely woven text that immediately grabs you and pulls you mercilessly in."

"[Hoffmann] creates a biography that goes beyond the individual destiny of the cleaning lady Paula. [...] A clever and touching book of memories."

"Paula is a touching piece of contemporary history, in which the writer artfully links reality and fiction and sketches a cautious portrait of a woman who had to deal with repeated blows of fate during World War II and the post-war era."

"Hoffmann’s novel is a book of memories that faces up to the writer’s own history and family. Sandra Hoffmann does so by turns gently, touchingly, drastically; but always truthfully. Her writing is marked out by clarity and intense density. There is always a brightness shining into her work, a brightness aware of the dark."

"Sandra Hoffmann’s new book Paula revolves undisguisedly around her own childhood, her difficult grandmother. Despite its introspection, we also find out plenty about our own society, about war and trauma."

"Sandra Hoffmann approaches what nobody speaks about. The scraps of memory, tiny imaginings that form a leifmotif in the book. […] The narrator refuses to sugar-coat a thing. That too makes this small book a big reading experience."

"All of this is narrated on different time levels, densely atmospheric, skilfully interweaving past and present, and the writer needs only 158 pages to tell the essence of her story. [..] Despite the brevity, the narrator creates a vivid picture of a generation and an era."